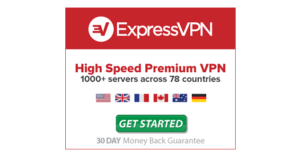 I wrote recently that I’ve spent the last two months in Canada, which has caused me a couple of technological challenges. The first is that I have trouble getting a strong Internet signal and I wrote this post about how I’ve more or less solved that one:

Extend Your Wi-Fi Signal for a Stronger Internet Connection

The second problem is that I found myself cut off from a bunch of my favorite TV shows. Obviously, I knew I wouldn’t get all the same shows through Canadian cable services. But I couldn’t even access episodes online because the websites knew that I was in Canada and so wouldn’t let me access shows I would have the right to access while in the United States.

And it’s not just TV shows; it’s any content that has geographic restrictions. For example, I could still log into my Netflix account, but the Canadian library is different from the American one. I could still purchase videos from Amazon Instant Video, but I couldn’t access the free videos from the Prime catalog because that membership is only valid in the U.S. And there were even some apps I couldn’t download to my iPhone because Apple has different App Stores in the two countries.

ExpressVPN is a service that lets you connect to their network of servers around the world so when content providers check your IP address to identify your location, they pick up the location of that server instead of your own Internet connection. You may even use it within the same country; for example, when a sporting event is blacked out in the city you’re in.

Note: The “VPN” in ExpressVPN stands for Virtual Private Network and that’s the limit of what I understand about the technology behind VPNs. However, I do know they provide additional benefits on top of masking your location including protecting your privacy and encrypting your transmissions when using free public Wi-Fi hotspots. Check out the video below and this article on the ExpressVPN website to learn more about the benefits of VPNs.

You can use ExpressVPN with Windows, Mac, and Linux computers and iOS, Android, and FireOS devices. Since I signed up for it, I’ve used it on my Windows 10 laptop, my iPhone, my Android phone, and several Amazon Fire tablets. I’ve also used it with several of my streaming media players, but I’m going to need to write a separate article about them because setting them up to work with ExpressVPN is a bit different than with computers and mobile devices.

How much does ExpressVPN cost?

The company has a few different plans. The best deal is $8.32/month when you pay up front for 12 months. They also have a 30-day money-back guarantee.

How do you set up ExpressVPN?

The process is very simple. After you sign up for the service, you’ll receive a welcome email from the company that provides a link to your account area of their website. On that page is a button to set up ExpressVPN.

When you click that you’re taken to a page where you can get the instructions for the specific devices you want to use it with. 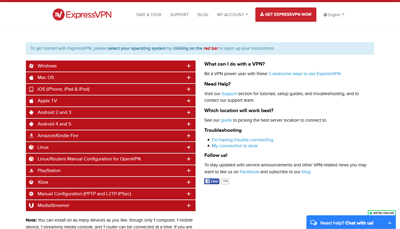 For computers, you need to download an application and then while you’re installing it you’ll be prompted for an activation code, which is provided in the ExpressVPN instructions. For mobile devices, you’ll install the ExpressVPN app and then log in using the username and password provided in the instructions. It took me a while to realize that your activation code is the same for the different computer operating systems and your password is the same for the different mobile device operating systems, but I’m a bit slow that way… 🙂

After you’ve installed ExpressVPN, you launch the app and select the server for the location you want to be identified with. ExpressVPN has more than 100 servers in over 28 countries. For best results, you would normally connect to the one closest to you in the country you want. So, for example, while I’m in Ottawa, I generally connect to a server in New York, New Jersey, or Washington D.C. 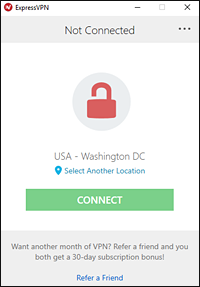 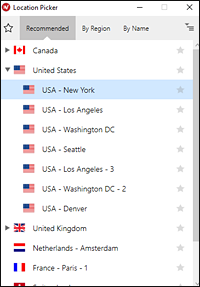 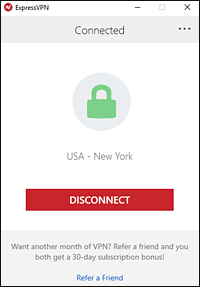 Once you’re connected, you can go to the online service you you want to use through a browser or app and it will think you’re located where the server is. That’s really all there is to it.

You can purchase your subscription directly from the ExpressVPN website. As mentioned previously, the best deal is to pay annually (monthly cost is only $8.32) and there’s a 30-day money-back guarantee.

Still no new ones to share and I’m just about to return to the United States and packing up is keeping me from being able to post even a non-reader tip. 🙁

Filed Under: Cutting the Cable Cord Updates, How To, Mobile Devices, My Two Cents, Privacy/Security, Recommended Tagged With: 2016 blogathon, expressvpn