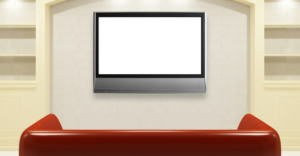 Ever since I started writing about how streaming media players work, I’ve also had to learn a lot more about how televisions work themselves. And between all the acronyms, non-standardized terminology, and new technologies showing up every year—usually right before holiday buying season!—it can all be very confusing. So this post is my attempt to provide a non-techie explanation of the main technologies currently available that will help you choose a new TV and get the most out of the ones you already own.

Based on questions I receive about streaming players, this is one of the more confusing concepts in TV Land.

A Smart TV is one that you can connect directly to the Internet. Different brands and models provide different capabilities. For example, most Smart TVs will Netflix, Amazon Video, and Hulu apps that let you watch their videos on your TV as long as you have an account with those providers. Some will have other movie and TV apps like Vudu, HBO GO or WatchESPN as well as apps for other functions, e.g. YouTube, Spotify, web browser, etc.

An HDTV is a television with a high-definition resolution, which refers to the number of lines on the screen (similar to number of pixels on a computer monitor). The higher the resolution, the sharper the image. Non-HDTVs are referred to as standard-definition. The easiest way to know if a TV is an HDTV is if it has an HDMI port on it, which lets you plug HD devices into it (streaming media devices, DVD and Blu-ray players, gaming consoles, etc.)

HDTVs have been around for quite a while. Smart TVs are a much more recent technology. As a result Smart TVs will also be HDTVs, but there are many HDTVs that are not Smart TVs.

One of the questions I get asked a lot about streaming media players is whether you need a Smart TV to use one. The answer is no, you don’t. In fact, a Smart TV is kind of like a regular TV with a streaming player built into it. However, even if you have a Smart TV, you may want a streaming player as well, because at the moment, most of the dedicated streamers have more content options and better user interfaces than the TVs do. (Two exceptions are the Element TV, Amazon Fire TV Edition and the Roku TV, which have the same general interface and content options as the Fire TV and Roku devices.)

The other thing to know is that the majority of streaming players do require an HDTV. Roku has one current model (Roku Express+) and a few older models (Roku 1, Roku 2 XS, Roku 2 XD) that you can connect to a non-HDTV’s A/V ports (yellow/red/white).

4K made its big entrance in 2015, but wasn’t widely adopted immediately because there wasn’t a lot of content available at that resolution or other A/V devices that supported it. By late 2016, 4K is becoming more common. Three of Big Four streaming players—Amazon Fire TV, Roku, Google Chromecast—have models that support it (Apple TV does not). More videos are now available in 4K format. You can even shoot your own 4K videos on the iPhone 6S (making Apple’s decision not to support it with their own streaming player all the more baffling…)

But before you decide you MUST have a 4K TV, you may not notice much of a difference on smaller screen sizes unless you sit really close to the TV. This article below has a lot more detail about the technology that will also help you decide if it’s something you want. (On the other hand, it’s starting to become a standard in new TV models anyway.)

Despite the “HD” in its acronym, HDR has nothing to do with high-definition resolution. Instead, it stands for High Dynamic Range and it’s related to contrast, which is the difference between the lightest lights and the darkest darks in an image. Most articles I’ve read by people who are much more knowledgeable than I am on all these technologies are much more excited about the improvement in image quality due to HDR rather than 4K. And it’s definitely becoming a key feature being promoted for TV sales for the 2016 holiday season.

Here’s an article that provides a lot more information about HDR, including the different HDR formats currently available.

Mirroring Your Computer or Mobile Device Screen on Your TV