1. Using the Tile Tracker and App 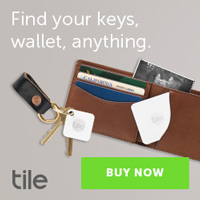 A week ago I couldn’t find my keys, which is actually unusual for me as I have a specific container I throw them in whenever I get home. And even though I was getting ready to go out right then, I didn’t panic because I have a Tile tracker on my key ring… Woo-hoo!

So I picked up my Fire tablet and opened the Tile app that I’ve used to locate my cellphone in the past, clicked on the Keys link, and… nothing. There was an option to see where my keys were last located (which was my house, but that’s as granular as it gets), but no option to ring it.

Whaaa…? Now I was not only starting to panic, I was also pretty peeved. I’ve only had the Tile since January and this was the first time I needed to ring it since I tested it when I originally set it up. Fortunately, I found my keys on my own soon thereafter, but after getting back I started looking into how to make it work, including submitting a support ticket a couple of days ago that I got an answer to yesterday.

So it turns out there’s nothing wrong with the Tile. There were just a couple of things I didn’t understand, which I’m sharing here in case you have one and have the same problem.

NOTE: According to the email I got from Tile’s customer support, theoretically a tile will automatically connect to the device closest to it. I’ve been testing that out and not seeing it (I have an iPhone with the app). Instead, I’m having to turn off the device it’s connected to to make the other one connect to it. But now that I know this, I’ll just use my cellphone to locate my Tiles in future (assuming I haven’t misplaced my cellphone!).

So there are a couple of FYIs to help you avoid the (misguided) frustration I felt. 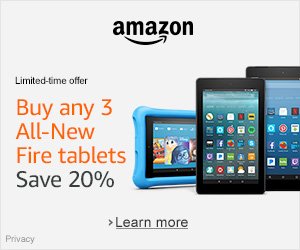 Amazon has just announced new versions of its Fire and Fire HD 8 tablets that are thinner, lighter, and have some better tech specs and different color options than the current generation. They’ve also upgraded the Fire Kids’ Edition, which is based on the Fire model, and added an HD 8 version for kids as well.

The tablets are available to pre-order now to ship in early June. The Fire is the same price at $49.99 while the HD 8 has come down $10 to $79.99. Amazon is also running an introductory promo: buy any 3 Fire tablets and save 20% using promo code FIRE3PACK. (Can you say Dads & Grads season…?) 🙂

NOTE: The current generation of the HD 8 is my go-to tablet, so I do plan to get the new model as well.

Learn more about the new family of Fire tablets at Amazon. >>

3. The Danger of Hot Cars to Children and Animals

The last two days have been over 90 degrees in the D.C. area, which means that despite the date, summer has arrived! And while it is by far my favorite season, I always dread the inevitable stories of children and pets dying after being left alone in a hot car—aka furnace—even for just a few minutes.

Kids and Cars and the Humane Society of the United States have excellent articles about how dangerous this is, but to really get the point I highly recommend watching this video of a veterinarian who put himself to the test to see exactly how bad it gets.

If you see a child or an animal in a parked car with no one around, you have a few options that will require you to use your personal judgment:

NOTE: This article from Snopes debunks a popular social media post that says you’re not legally at risk if you break a car window after following a certain set of steps.

If you’re a Pokémon Go player, the Adventure Week event begins this afternoon at 1pm PDT/4pm EDT. Some of the benefits include more spawning of rock-based pokémon, 4 times as much candy for your walking buddy, and extra items dished out at pokéstops.

Don’t know anything about Pokémon Go but would like to? Stay tuned for this year’s T4L June Blogathon where as part of the 30-posts-in-30-days challenge, I’ll be sharing tips for PG beginners on Poké-Mondays! 🙂

Amazon Fire Tablets: Which One Is Right for You?