I know I’ve been writing a lot about Amazon stuff lately, but they’ve really been on a roll lately. Case in point, yesterday they released a software update for Amazon Echo, Echo Dot, and newly-announced Echo Show devices and the Alexa app for iOS and Android smartphones that lets you make free phone calls to anyone else with one of those devices/apps within the United States.

As with most new releases from big tech companies, most of the coverage I’ve seen has fallen closer to the “breathless excitement” end of the enthusiasm spectrum. I’ve only had a chance to play with it a little bit so far, but I’m leaning towards the “wait and see” end myself. If you’re thinking of trying it out, here are a few of my initial thoughts and a couple of tips to get you started.

So to my mind, it’s an interesting development but may take a little while to really catch on. However, I’ve been very wrong on my predictions in the past, so definitely take that with a huge grain of salt!

Maybe everybody already knows this already, but just in case not, if you have a smartphone or tablet, you should definitely install a flashlight app on it. I can’t tell you how often it’s come in handy.

You’ll need a device that has a camera with flash capability, since the flashlight is basically just keeping it on until you turn it off. For my Samsung Galaxy S5, I use an app called Super-Bright LED Flashlight, that’s very basic and easy to use, but there are several apps available for iOS, Android, and Fire OS devices.

NOTE: iPhones also have a built-in flashlight that you can access from the Control Center (swipe up). 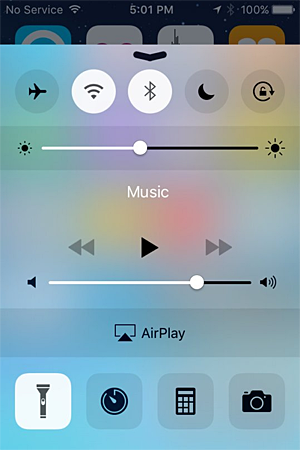 Ebates is a program that lets you get cash back for shopping online. Until Sunday, May 14th, Ebates is offering 15% on more than 200 of its partner stores as part of its annual birthday celebration.

Some of the stores are only offering the bonus cash back for a limited time during the week, so check out the list of merchants to see which ones are offering it when. (Click the banner at the top of the page to see the full list.)

FYI, I’ve been an Ebates member since 2013 and have earned almost $750 cash back from purchases and referrals, so we’re not talking chump change here!

Learn more about how the Ebates program works in this T4L post. >>

Amazon Alexa: What Is It and What Can You Do with It

Amazon Echo, Echo Dot, and Tap: What Are They and How Do They Work?

Tips to Save Money When Shopping Online