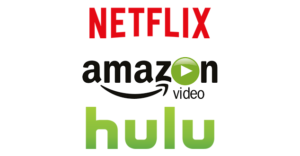 Whether you’re streaming TV shows and movies to supplement your existing cable/satellite subscription or because you have or want to get rid of cable altogether, it can be a challenge figuring out which services are the best for accessing the videos you want to watch.

The three most well-known streaming services that provide a large selection of on-demand movies and TV shows are Netflix, Amazon Video, and Hulu. This post compares the cost, content offerings, and supported devices for these three services.

Note: Before I get into specifics, I just want to emphasize that the home-entertainment environment is a huge and complex mess of contracts negotiated between companies that create the content, distribute the content, and manufacture the devices that you watch the content on. So after reading this post, you may very well link, “THAT doesn’t make sense,” but it might make sense from the perspective of any individual company or the industry as a whole.

Get more information about Netflix. >>

Get more information about Amazon Video. >>

Get more information about Hulu. >>

While Netflix, Amazon Video, and Hulu dominate the streaming landscape, there are other providers you can check out. Apple iTunes and Google Play Movies & TV both offer lots of videos and can be especially good choices for people who use those companies’ devices. You can also check out providers like FANDANGO NOW, Crackle, VUDU, and Popcornflix for multi-genre options as well as niche services like ACORN TV (British series) and Timeless Television (classic TV) for programming that may not be available on the Big Three, you can’t access on the devices you own, or offer better deals.

Do you have a favorite third-party streaming content provider not listed above? Share it in the comments section!