While my main phone is Android, I’ve had an iPhone for a while because some apps are only available in iOS, or updated first, and I wanted to be able to test certain things on it for this blog. For a long time, I almost never used it, but for some reason after I started playing Pokémon GO, I tried using it and discovered it was a better experience (faster, smoother, etc.)

So now it’s my primary PoGo phone and since the game is mostly played outdoors, I often take pictures of things I see on my walks. When iOS 9 came out in 2015, it introduced a new feature called Live Photos, which creates 3-second videos when you take a picture (1-1/2 seconds on either side). So when you look at the photo, there’s a little movement, even for what you think of as a still photo. 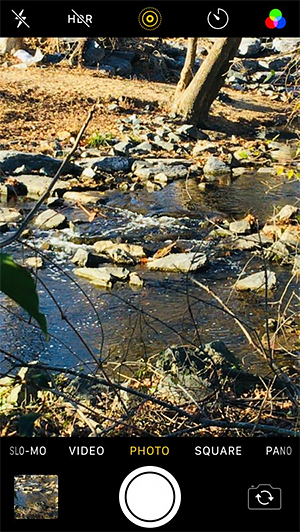 I’m not sure why, but I just don’t like the feature. If I want to take a video, I’ll take a video. The Forbes article linked to below gives you a few other reasons why you might not want to use Live Photos, not least of which is that it greatly increases the file size of every one of your photos.

How (And Why) To Turn Off Live Photos On Your iPhone

To turn Live Photos on or off, all you need to do is tap the Live Photos icon, which is yellow when it’s on. 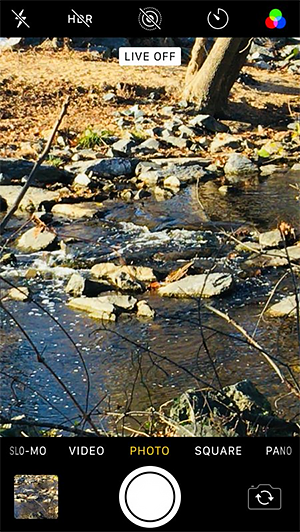 That’s obviously easy enough, but by default even when you do turn it off, it comes back on the next time you open the Camera app. That’s a problem. 🙂

It took me forever to figure out how to keep it off permanently because there’s no setting for it within the app itself. Instead, you need to go the main Settings > Camera > Preserve Settings and select whether you want Live Photos to keep the setting you last had when you closed the app or whether you want it to revert to the default mode of restarting the feature each time.

NOTE: There are two other options you can use Preserve Settings with: the camera mode (Photo, Square, Video, etc.) and the filter you last used. 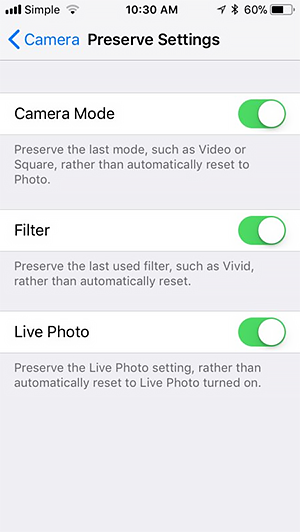