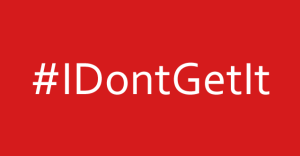 Once you’ve started using Twitter, it won’t take long before you come across what’s known as a hashtag. That’s when you see something in a tweet that has a # prefix. When I first saw these things, it took me a while to wrap my head around what the their purpose was. But, once I “got it,” I realized it’s not as complicated as it seems.

What is a hashtag?

A hashtag is simply a way to categorize a tweet’s topic(s), which then makes it easier for people to search for other tweets about those topics. For example, if you type #Hamilton (or #hamilton or #HaMiltoN, because it’s not case-sensitive) into the Search box at the top of any Twitter page and hit Enter, you’ll get a list of tweets, most of which will be related to the Broadway musical. 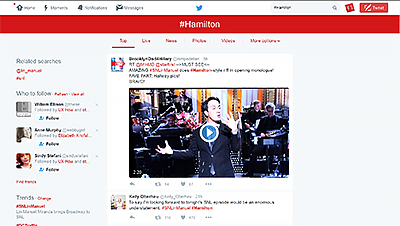 The results page provides several options for filtering the list. The default is Top. I’m not sure how they decide what counts as top, although I imagine it has to do with the number of followers a tweeter has or the number of times the tweet has been retweeted. You can also choose to display a Live feed (all tweets with the hashtag that will continually refresh as new tweets are posted) as well as feeds of tweets that include links to current News stories, Photos or Videos. If you click More Options, you’ll get a menu that lets you filter tweets based on who and where they’re coming from, as well as options to save and embed the search or to do an advanced search.

One of the best things about hashtags is that it allows you to create communities of people interested in the same topic by making it easier to find and share related information.

NOTE: Earlier I said most of the tweets in the search results will relate to the Broadway show. That’s true especially for the Top results, because the show Hamilton is something lots of people are tweeting about regularly. However, there’s not a one-to-one relationship between topics and hashtags, so that same hashtag could be used in tweets that have nothing to do with the show at all. But you’re more likely to see these in the other feeds or if you add another term to the search like “#hamilton city” or “#hamilton lewis” (without the quotation marks).

Where do hashtags come from?

I think this question gets to the heart of the confusion about these danged things, because hashtags are NOT any kind of official Twitter function. The company has not created a list of topics that we can browse through to see if there’s one that interests us.

So where DO they come from? Well, any user can create one simply by adding it to their own tweet. For example, when a plane went down in the Hudson River a few years ago ago, some Twitter user wrote a post and added #flight1549 to it. I have no idea who this person was, but somebody else would have read it and when he posted something about the incident, added #flight1549 to HIS tweet. For something like this, where tweets would have been flying fast and furiously (no pun intended), it wouldn’t have taken long for this hashtag to go viral and suddenly thousands of people posting about it would have added it to their tweets as well. Then, if you wanted info on the situation, you could do a search on #flight1549 and see everything that people had posted about it.

When hashtags first started being used, it was a very organic process that worked simply because of a group mindset that people like to categorize topics and this was one way to make it easier to do so. Now that they are so common, they really only show up spontaneously if there’s a breaking news item, e.g. #HurricaneMatthew.

There are a few other common ways hashtags are used as well:

NOTE: My all-time favourite hashtag is one that was created in 2013 for probably THE best group activity EVER: #SFBatKid.

How do I create my own hashtag?

The first thing you would do is a basic Twitter search to see if a related term already exists. These days, odds are it does. In fact, I’ve been trying to think of something so obscure that one doesn’t exist (#underwaterbasketweaving, anyone?) and haven’t had success yet!

Probably the only reason you would need to create a new one nowadays would be for the group activities category I mentioned above. In that case, since the tag will use up some of your 140-character limit, you want to keep it fairly short, while still making it precise so other people aren’t likely to use it for another purpose. For example, let’s say I wanted to create a virtual book club with my friends scattered around the country. I might create the #ekbookclub hashtag that we would all add to the tweets we’re posting about the books we’re reading.

If you want more than just your friends to use the hashtag, you might want to “announce” it to your followers. For example:

Have a great tech tip that could help others? Add #T4Ltip to your tweet so I can share with our community. (Retweets count!)

I originally wanted to create a hashtag for “t4l” but at the time there was already a single tweet in existence using that tag, if you can believe it! It was in Dutch and had a link to the Netherlands UNICEF site. A Google search led me to believe it stood for Time for Learning. Probably a great program but still… Bummer. (That tweet is long gone but the hashtag is now used for all sorts of other tweets, so I gave up on it.)

“Why doesn’t my hashtag show up in searches?”

This is probably the most common question I get about hashtags. There are two possible issues here. One has to do with whether there’s an issue with the hashtag itself. Twitter’s Help page explains some of the problems you can run into—for example if a hashtag is made up entirely of numbers, Twitter doesn’t make it searchable. However, in most cases, this is NOT the problem.

Instead, the problem is actually with Twitter’s own search feature. This Help article explains some of the factors that may be affecting you as well. For example, maybe you’ve got your page set to Top Results instead of All or maybe your tweets are protected. But the most important factor is the phrase at the beginning of the first sentence:

“While we may not show every Tweet in search results…”

This article doesn’t say so, but Twitter used to explicitly say that they don’t index every tweet. I don’t know if that’s still the case but even if it isn’t, your tweets still may not show up in search. You can try to contact Twitter Support to see if they can help you, especially if you’re using a hashtag to help people follow along during an event or for a specific use like a class ID, but no guarantees. From the same article:

Note: Twitter search intends to bring you closer to content most relevant to you. Our results are refined to combat spam and increase relevance to provide the best possible search experience. Our Support team is unable to force individual Tweets into search.