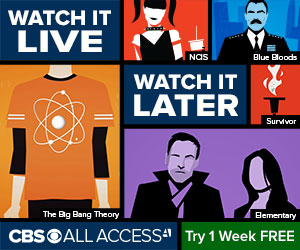 CBS All Access is that network’s streaming TV service that provides access to both live programming (in select markets) and a catalog of 8,500+ on-demand shows. It stands out from its competitors’ offerings (NBC, ABC, Fox, CW) because you have to pay for it even if you have a cable subscription, meaning you’re already paying for live TV and can record shows for later viewing. It’s even more notable because CBS is one of the broadcast networks that most people can access for free with a basic antenna.

NOTE: Some of CBS’s on-demand offerings are available on its website and mobile apps without requiring an All Access subscription, but you need the service to watch it through an All Access app on most streaming media players. But you can use a Google Chromecast to cast it to your TV or use a screen mirroring option.

So the question is, is the service worth paying for?

Well, like with any question related to streaming television, the answer is the same: it depends on what you want to watch and how you want to watch it. And the reason I’m writing about this right now is because today, February 19, 2017, brings a major game changer to the calculation.

The Good Fight is a spin-off from the popular and critically acclaimed CBS drama, The Good Wife, that ended in 2016. The main difference (besides the loss of Julianna Margulies) is that the series, premiering tonight, will be available only through CBS All Access.

NOTE: You will be able to watch the pilot on the regular network, but the remaining nine episodes will require an All Access subscription. This is very smart marketing on CBS’s part, since a lot of people are likely to check it out like any other TV show and then, once they’re hooked, they’ll be much more inclined to sign up for the service. Also note this information relates to the United States. Thanks to T4L reader Shirley for sharing that The Good Fight will be carried on W Network in Canada.

The network is also going to be releasing another original show, Star Trek: Discovery, for All Access subscribers but the schedule has been pushed back and it’s not clear right now when it will be launching.

Besides the original programming, CBS All Access has some other benefits:

NOTE: One important thing to be aware of is that, despite the All Access name, many CBS shows do NOT include all episodes, even of the current season. My understanding is that if CBS produces the show, they can stream all the full seasons, but if the show is produced by another company like Warner Bros. or Paramount, they only have the rights to stream a handful of episodes at a time. So, for example, there are 156 episodes of The Good Wife available, but only 13 of Elementary and 5 of Criminal Minds. The weird thing is that they’re not necessarily consecutive: for example, Criminal Minds currently has this seasons’ episodes 3, 10, 11, 12, and 13. Why? Unclear. You can see which episodes are available for each series on the Shows page of the CBS website.

CBS All Access has two subscription options: $5.99/month for limited commercials and $9.99/month for commercial-free programming (live-streamed shows still have commercials) and there’s a 1-week free trial period. If you can swing it I do recommend the commercial-free option because it avoids the problem that many ad-supported streaming services have, which is that when you try to skip back or forward, you get hit with the ads again, even if you’ve already seen them.