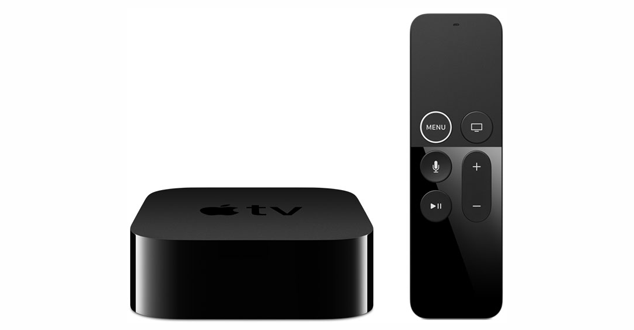 The Apple TV is now available from Amazon as well as directly from Apple.

What is the Apple TV? 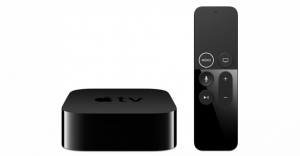 The Apple TV is a streaming media player, which means it takes content from the Internet and displays it on your TV.

Here are some of the other key features common to both models:

What can you do with an Apple TV?

NOTE: If you purchase a new Apple TV 4K, you get a free year of Apple TV+, the streaming service from the company launched in 2019. After the free year it’s $4.99/month. (See promo Terms & Conditions.)

Unfortunately, Apple doesn’t have a list of apps it supports on its website. If you want to know if a particular streaming content provider is available, your best bet is to Google the name of the provider plus “Apple TV.”

IMPORTANT: Buying an Apple TV does not give you access to the content you can watch on it, just like buying a TV does not give you access to cable TV shows. You need to have accounts with each streaming service that provides the content (some free, some paid) and/or subscribe to a cable/satellite package that gives you permission to access shows from specific networks through the Apple TV.

Listen to Streaming Audio
Again, it’s not surprising that the Apple TV supports Apple Music and it also has built-in Pandora and Sirius XM apps. For other music services like Spotify, you’ll need to use the AirPlay feature.

Play Games
The Apple TV App Store has a whole slew of games you can download to the device.

Use Miscellaneous Apps
Like with games, the App Store has a bunch of other types of apps: social media, photo sharing, media server, shopping, weather.

Cast Video and Audio from a Mac, iPhone or iPad
I’m not sure what version of iOS introduced AirPlay, but if your Mac or iOS device has that feature, you can use it to send streaming video and audio content to your TV through the Apple TV. Unfortunately, if you only have Windows and Android devices, you’re out of luck.

Mirror Your iOS Device’s Screen
The AirPlay feature also lets you mirror your full phone or tablet screen on your TV. This is useful if you want to see any non-streaming content from your device on your TV. For example, maybe you want to access your email on a big screen or browse a certain website or scroll through your Instagram feed or play Pokémon GO—anything you’re doing on the device will display on your TV.

Disclosure: I am the opposite of an Apple fangirl, i.e. I generally find most Apple products to be subpar, especially for their cost. This is amplified in the Apple TV, which was more than a year behind the other three of the Big Four players (Amazon Fire TV, Roku, Google Chromecast) in terms of supporting 4k and HDR content. It also doesn’t have some of the extras available with some of these other models, like a USB port for playing your personal media on an external drive. And yet it’s still significantly more expensive than the others.

On the positive side, I really like the AirPlay feature. Of all the various casting/mirroring functions I’ve used on all my various devices, including my Windows PC, I find AirPlay to be the easiest and most stable. I guess that’s one of the advantages of not having an open-source platform. 🙂 On the flip side, this feature does you no good if you don’t have a Mac or iOS device.

I also like that you can use Siri to spell things into text fields, like your login credentials, with your voice.

But generally speaking, I would only recommend the Apple TV over its competitors if you’re already heavily invested in the Apple ecosystem with phones, tablets, Apple TV_, iTunes, Apple Music, etc. If you’re not, then you might want to check out Amazon Fire TV or Roku streaming media players, which offer the same basic features (and some additional ones) but at much lower price points.

Getting started with the Apple TV

NOTE: The process for setting up the Apple TV is basically the same as it is for any streaming media player: