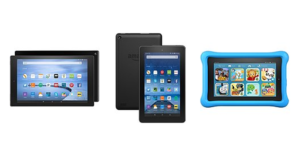 In the first two installments of this 3-part series on Amazon Fire tablets, I explained what I like and don’t like about the devices and explained the key differences between the different models.

In this post, I’m going to provide instructions for dealing with the main thing I dislike about them, as discussed in the first post: despite being built on the Android problem, the Fire tablets don’t by default let you install Android apps from the Google Play store.

Fortunately, there are ways around this limitation. Unfortunately it’s not a 100% solution since some Android apps don’t provide full functionality once they are installed. Probably the most obvious (and annoying) example is the Google Cast app (formerly called the Chromecast app). On Android and iOs devices, this app provides the ability to cast content from compatible apps, like Netflix, to your TV using a Google Chromecast. On the Kindle Fire, there are some apps that you can cast to the Chromecast, but Netflix isn’t one of them. (I suspect this could be addressed by Netflix itself, but for whatever reason, they don’t seem worried about it.)

Also, if you have an older generation of a Fire tablet without that uses Fire OS 4.x instead of 5.x, there are even fewer apps that will work with them. For example, I can use Twitter’s live-streaming Periscope app on my Fire OS5 tablets, but not on the earlier ones.

Now that you’ve been warned that these aren’t perfect solutions, here are the instructions for installing Android apps that aren’t available in the Amazon app store.

Android apps are files with a “.apk” extension. I think of them like .exe files for Windows, although I’m sure a developer could probably give lots of reasons for why that’s not an actual analogy. 🙂 When you install an Android app on an Android device you go to the Play store app and click Download, which downloads the .apk file to your device and then prompts you to Install it. All of this is done, however, without ever seeing the filename or where it gets downloaded.

So you have two options for getting the file onto your Fire tablet: 1) install the Google Play app or 2) find the standalone apk file somewhere else and download and install it manually. But before you start with either of these options, you need to take these steps first.

1. On your Fire tablet, go to Settings > Security and turn on Apps from Unknown Sources. If you don’t do this, you’ll get an error message when you try to install a non-Amazon app. 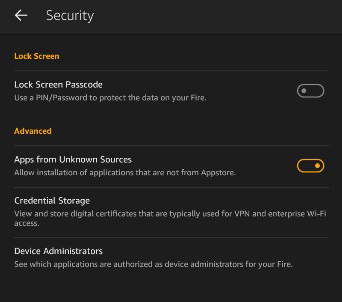 The 4 ways to install Android apps on your Fire tablet

This option is only available for Fire tablets running Fire OS 5. (I have seen instructions for doing it on earlier versions but was never able to get it to work despite multiple attempts.) So all fifth- and sixth-generation Fires will support it and fourth-generation tablets that have upgraded. If you’re one of the few who bought a Fire phone, this should also work for you, even though the operating system is OS 4.6.6.

NOTE: If you already have Play Store on a Fire tablet and it stopped working after the software upgraded to Fire OS 5.3.2, try restarting your device. That’s all it took to fix it for me.

The advantage of installing the Play Store app is that you’re getting the most current version of the app and you know it’s been vetted by Google. The disadvantage is that this involves the most steps.

I’m not going to provide the step-by-step instructions because they’re already spelled out beautifully with lots of screenshots in this Make Use Of article:

NOTE: When you get to the part where you have to download files from Root Junky, there are two different sets of files available. The first set, called Amazon-Fire-5th-Gen-Install-Play-Store.zip, is for tablets with the newer operating system (Fire OS 5.3.1 or later), which includes the 2016 Fire HD 8 and any older tablets that have received an upgrade to that version. The second set, called AmazonFire5thGenSuperTool.zip, is for tablets with an older version of the operating system. Also, if you’re not someone who fiddles around with software settings a lot, this may look a bit intimidating. But it’s really not that bad. Just make sure you read each instruction carefully and do exactly what it says (this is not a good article to skim!). 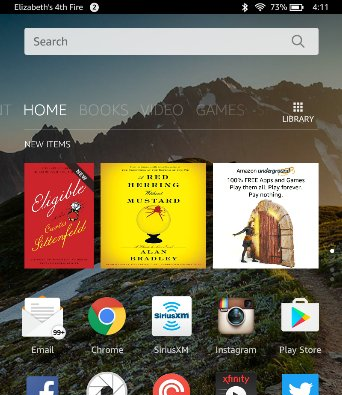 Once you’ve installed the Play Store app, you use it just like you would on an Android device. 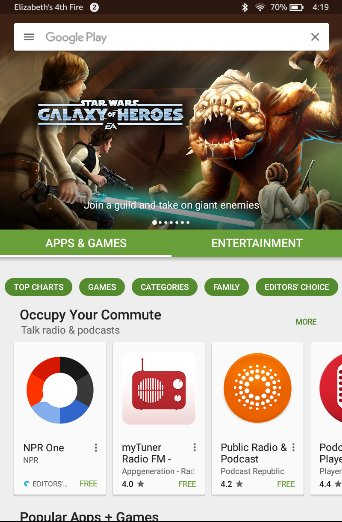 Just remember that successfully installing an app does not guarantee it will work exactly the same as it would on an Android device.

Get the APK File from an Android Device

NOTE: You can’t use this or any of the following methods to install the Google Play app on your Fire tablet. These are options if you don’t want to go through the steps listed in the section above or you have a tablet that doesn’t have Fire OS 5 on it.

I didn’t learn about this method until recently but now that I know about it, it’s my favourite one for my earlier devices because you’re still getting an official version of the app even though you can’t use the Play store. The problem is that you can only do this if you have an Android device (or know someone who does). However, if you use a lot of apps that aren’t on the Amazon store, it could be worth purchasing an inexpensive Android phone just to get the APKs. (You don’t need to activate cell service; just use it with Wi-Fi.)

For this method, you need to install the APK Extractor app by meher on your Android phone or tablet. When you open it, it will list all the APKs on the device; when you click on the one you want, it will download it as a standalone file. (Go into the app’s settings to select a location to download the file to.) 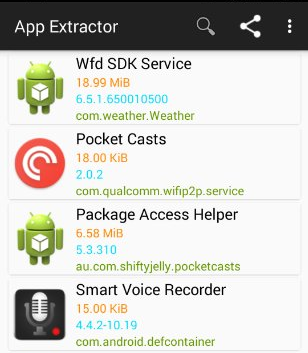 Once it’s downloaded, you need to get the file onto your File tablet. You can email it to yourself as an attachment or upload it to a cloud service like Google Drive, Amazon Cloud, or Dropbox, and then download it to your device. You can then use the ES File Explorer app to find the file; when you tap it, it will install the app on your tablet.

Get the APK File from a Third-Party Android Marketplace

The two marketplaces I’ve used are Aptoide and 1Mobile Market. You can install these apps on your Fire from the Amazon app store and then use them to find APK files that have been uploaded by their users. When you find the one you want, you just tap to download the file and when it’s on your device it will automatically start installing. 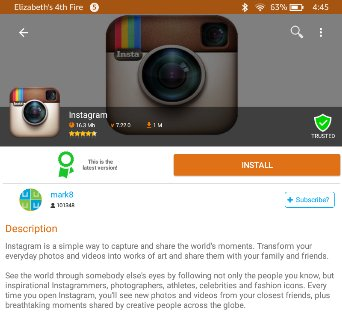 Before doing this, here are some very important considerations:

If you can’t access the APK through any of the previous methods you can simply Google the name of the app you want with “APK” in the search box. You’ll get dozens of results of websites that claim to have the files. For obvious reasons, this is the least secure method of getting an APK. I’ve had success with apkmirror.com (and you can just go there and search their library as well) and poor results with apkpure.com (which is why I’m not linking to it). Your experience may be completely different, but just be VERY cautious about using these sites. 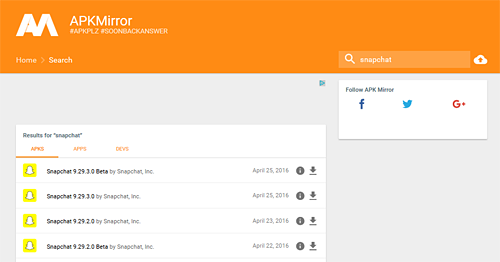 Do you know any other methods for installing Google Play apps on your Fire tablet? Share them in the comments below!

Amazon Fire Tablets: Which One Is Right for You?